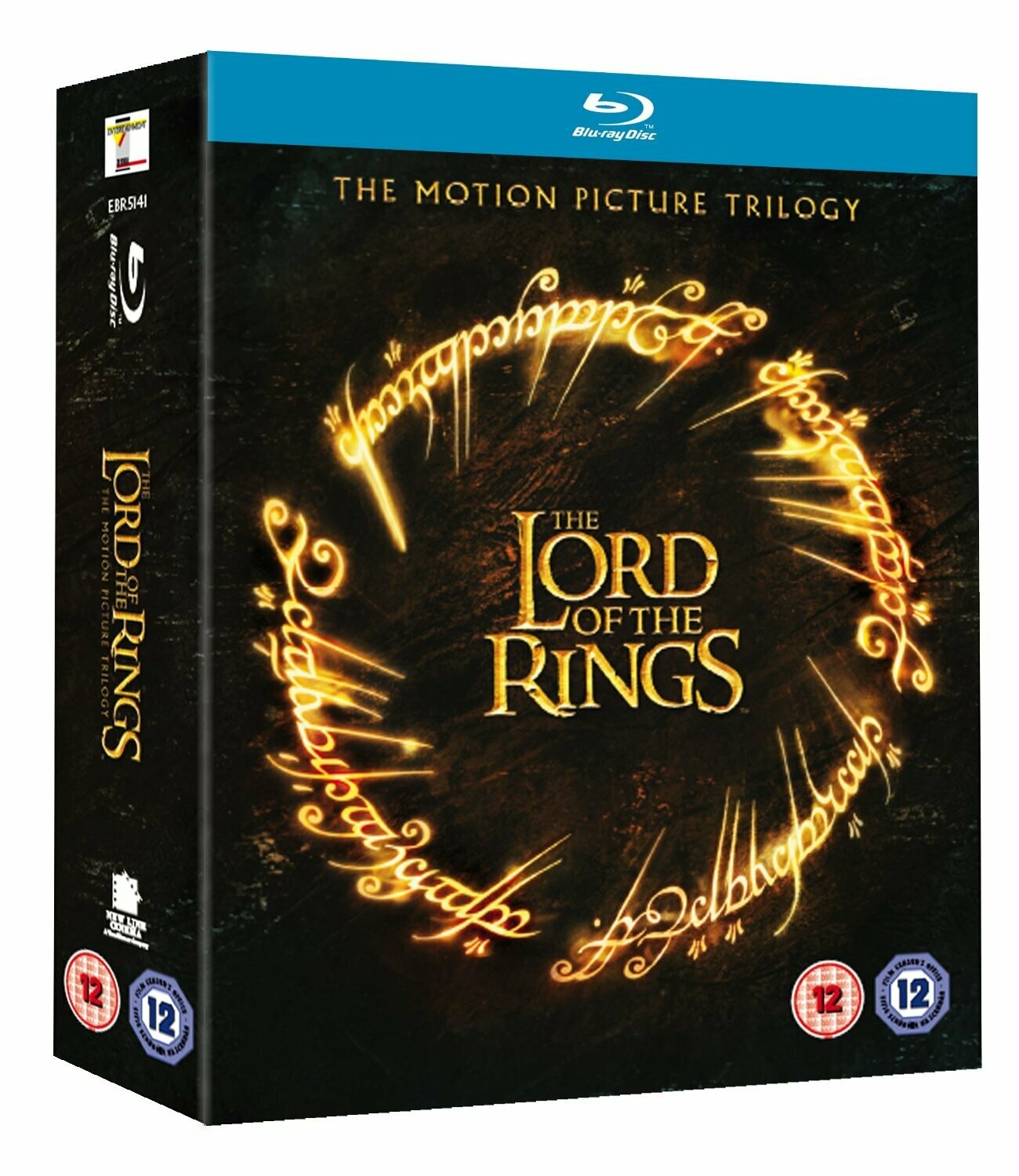 THE LORDS OF THE RINGS - BOX

The Lord of the Rings, the highest grossing adventure film franchise to ever be created, was born with the release of The Fellowship of the Ring, followed by The Two Towers and The Return of the King. The Trilogy’s Blu-ray release captures the enduring Fellowship and ultimate sacrifice while enhancing the chaos and destruction of Middle-earth, delivering a visual feast that will not soon, if ever, find its equal. Of the 30 total Academy Award nominations the three The Lord of the Rings movies received, they won a record 17 Academy Awards®, including Best Picture, Best Director, Best Adapted Screenplay and 8 others for the third film. Based on the best-selling novels by J.R.R. Tolkien, Peter Jackson’s movie trilogy is an epic journey of men, hobbits, elves, dwarves and the rest of Middle-earth’s creatures and cultures. The films chronicle the struggle of good versus evil with fantastic special effects and a strong emotional centre.

The Lord of the Rings: The Motion Picture Trilogy contains the original theatrical versions of the three films on Blu-ray Disc, with more than seven hours of special features.

The Lord of the Rings Trilogy tells the story of Frodo Baggins (Elijah Wood), a hobbit who battles against the Dark Lord Sauron to save his world, Middle-earth, from the grip of evil. In the films, Frodo and his fellowship of friends and allies embark on a desperate journey to rid Middle-earth of the source of Sauron's greatest strength, the One Ring--a ring that has the power to enslave the inhabitants of Middle-earth. The trilogy tells tales of extraordinary adventures across the treacherous landscape of Middle-earth and reveals how the power of friendship, love and courage can hold the forces of darkness at bay. Beside Wood, the films star Ian McKellen, Liv Tyler, Viggo Mortensen, Sean Astin, Cate Blanchett, John Rhys-Davies, Billy Boyd, Dominic Monaghan, Orlando Bloom, Christopher Lee, Hugo Weaving, featuring Sean Bean, and Ian Holm, with Andy Serkis as Gollum.