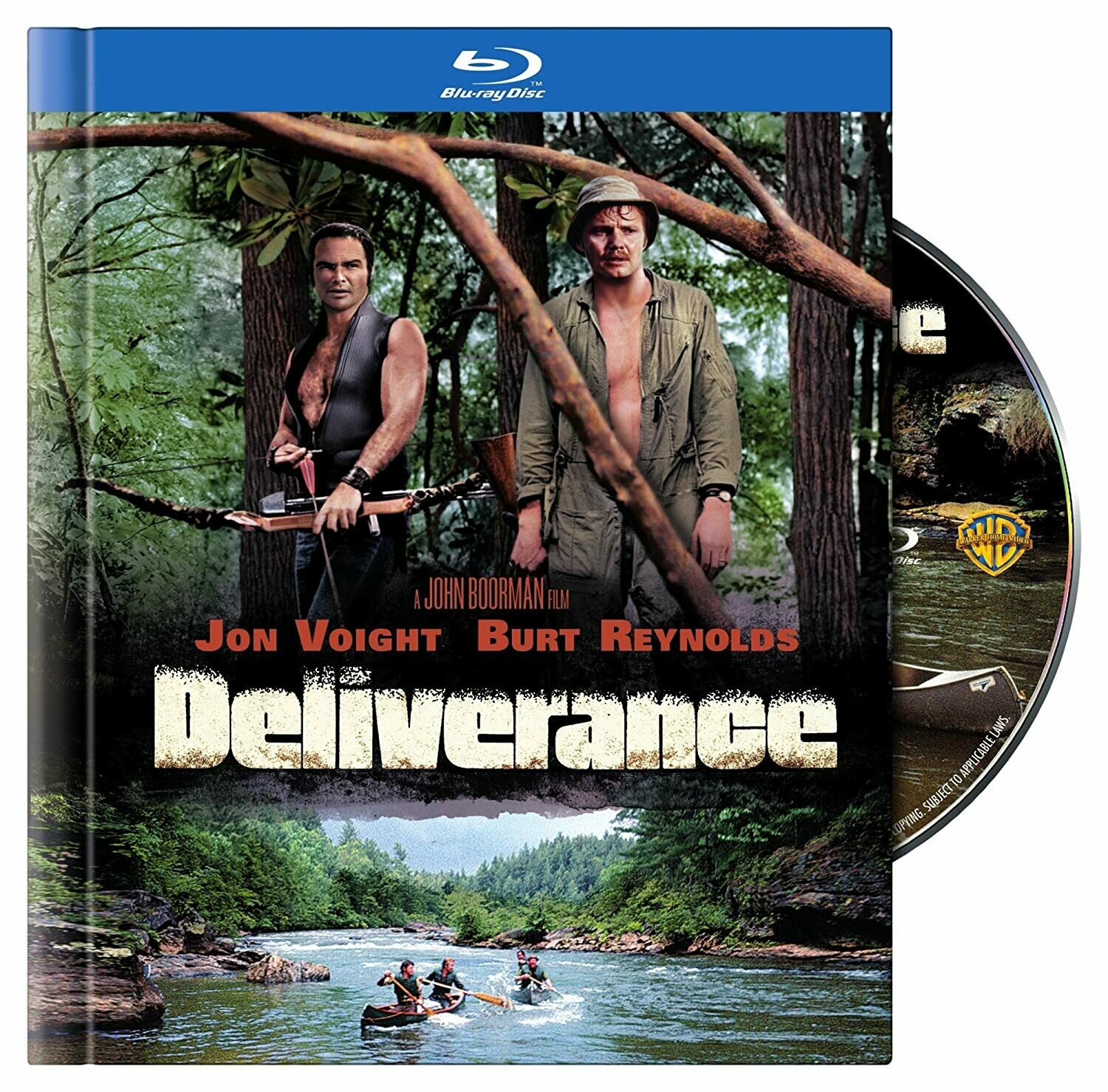 "This is the weekend they didn't play golf," reads the ominously jocular tagline for director John Boorman's legendarily unsettling 1972 film, which stands along with Roman Polanski's Rosemary's Baby and the Coens' No Country for Old Men as one of the most inspired combinations of filmmaker and source material in cinematic history. Based on James Dickey's novel, Deliverance follows a group of Atlanta businessmen who take a canoe trip through the remote backwoods of North Georgia. What happens next has lost little of its power to shock, despite years of imitations and parodies. Boorman, a filmmaker whose best work (Point Blank, Excalibur) has often brushed up against the supernatural, is in full command of his material here, attaching a haunting, mythic quality to the starkness of Dickey's story. Combined with Vilmos Zsigmond's moody camerawork and the sparse banjo-driven score, the director gives his locations a heightened, Grimm quality. As gripping as the work behind the camera is though, the film wouldn't have nearly the kick it does without the central performances by Jon Voight, Burt Reynolds, Ronny Cox, and especially Ned Beatty, who skews the already slippery moral compass further by not playing his character as particularly sympathetic, even in the wake of the movie's most infamous scene. This 40th-anniversary collection does the movie justice, with a wealth of extras including a sterling commentary by Boorman (who details, hilariously, the friction between Dickey and the cast and crew), and a number of interviews with the actors, all of whom still seem justifiably proud of their work. Impressive as this supplemental material is, however, the main attraction remains the film itself, which hits a primal nerve early on and then just masterfully keeps on digging, transforming its story of horror into something primal and grasping. The times may have changed, but as the haunting final image shows, nothing stops a river. --Andrew Wright